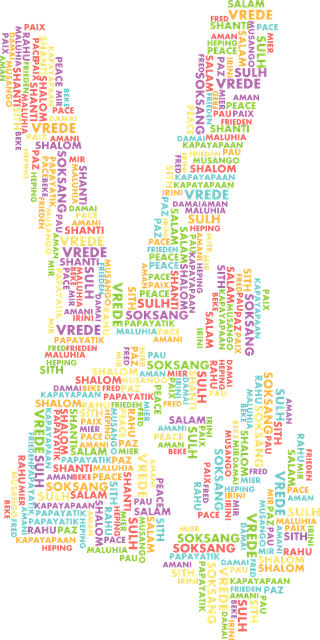 WALLINGFORD – It’s been nearly three weeks since “CODA” – a film about the hardships within a deaf family – won the Academy Award for Best Picture.

The film and award called attention to the deaf community, but prior to Oscar night a Wallingford church was two weeks into hosting a workshop on American Sign Language.

Christ Presbyterian Church at 20 N. Whittlesey Ave. began hosting the six-week workshop on March 3. Head Pastor Mike Brunjes said the inspiration came from a third grader in the congregation who is deaf.

“We don’t want anybody to feel like they don’t have access or they’re not welcome in a community because of a disability,” Brunjes said.

It is the first time Christ Presbyterian, which started three years ago, has taught American Sign Language. The workshop covered the basics, like the ABCs, church signs and short sentences.

Brunjes believes it is an opportunity to recognize and include people with disabilities.

“We’re as humans often programmed only to see people who look like us,” Brunjes said. “I think, one of the most important things we can do in the church and in the community at large is really acknowledge and see people different than us, particularly people with disabilities that feel they’re not able to participate in the community the same way.”

Nine-year-old Shanna Eshelman approached Brunjes with a list of what she felt should be included in the workshop, said her mom, Lillian Eshelman. The girl has been wearing hearing aids since she was four months.

The Eshelman’s found themselves with fewer accommodations and less support for their daughter when they moved from Philadelphia to Wallingford. However, with the assistance of the church, her daughter feels “more embraced” as a person, Lillian Eshelman said.

“I’m glad that the church gave us space to do that,” she said. “We might do more, this was kind of a first trial period for six weeks just to see how it goes.”

Lillian Eshelman said creating a feeling of “community” is important to those with disabilities.

“If you look at a person who is deaf, yes, we can fix the immediate surface problem if you will, with hearing aids with therapy, speech therapy,” she said. “But if you want to look at a person more fully, it’s a community.”

The American School for the Deaf, based in West Hartford, offers camps, programs and schooling.

However, local resources such as the church workshop, and changing the approach to education is equally important, said Jeffrey Bravin, executive director of the American School for the Deaf.

“School districts typically have the concept or the attitude where they feel that they can do everything for the child,” said Bravin. “Sometimes that does work and it’s successful, but sometimes we have to make sure we bring in the right experts, get them involved, have …….