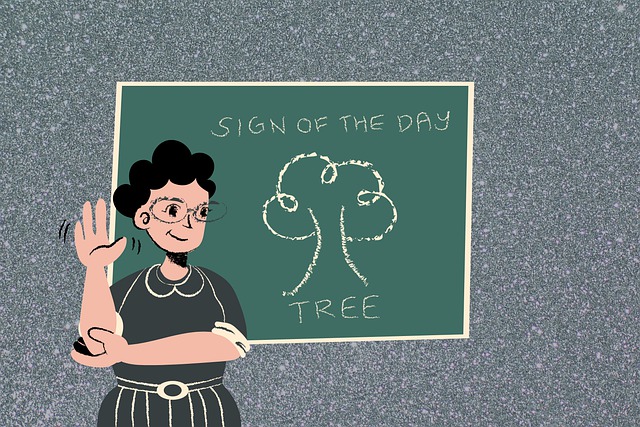 Master Sgt. Michelle Lee, medical technician, welcomes new members to the 445th Aeromedical Staging Squadron each month, acting as a bridge between technical training school and the Air Force mission in action. Long before she ever joined the Air Force Reserve, however, she was serving as a bridge to connect other groups of people in the community.

She was first exposed to American Sign Language as a fourth grader. Later, she enrolled in an introduction to deaf culture course at Sinclair Community College.

“That class opened my eyes to the culture, the people, all the nuances and levels to it,” she said. “I realized that there’s so much more to the deaf community than just some signs.”

In spring 2004, as a freshman at Sinclair, Lee joined the Disney College Program—a three-month internship at Walt Disney World in Orlando, Florida. Still a teenager and unsure of what she wanted to major in, she had only completed general education courses and was assigned to work in the merchandise department at the amusement park.

Not long into the internship, Lee witnessed an event which she credits with altering the trajectory of her life.

“I’ll never forget this,” she recalled. “I was at one of the Lion King shows at Disney, and there was a little girl, dressed in a Minnie Mouse costume, who was signing along with the interpreter at the show.”

Lee said the girl was bobbing up and down, her gaze locked onto the sign language interpreter’s movements.

“Just seeing that child not be excluded from something so magical—that was the moment when I made the decision to become an interpreter,” Lee said.

She completed the internship and returned to Ohio to finish her degree program at Sinclair.

Upon graduation and confident of her next steps, she promptly moved to Orlando and rejoined the Walt Disney World team, this time as one of approximately 15 theatrically-trained ASL interpreters. The rigorous Disney training included drills to control muscle movements, refining minute details of each sign, and perfecting facial expressions, she explained.

As part of her tenure at Disney, Lee interpreted for a number of musical plays, Disney on Ice performances, and various concerts across the eastern United States. Her cumulative interpreting experience includes performances featuring Eminem, Blake Shelton, and New
Kids on the Block with Boyz II Men and Paula Abdul.

“I’m trained for theatrical interpretation. When you’re interpreting a play or a show, you have to absorb their characterizations and personality traits, and show the character through your movements,” she said. “It’s like dancing.” Throughout the course of a show, Lee said she is
constantly monitoring her posture, facial …….