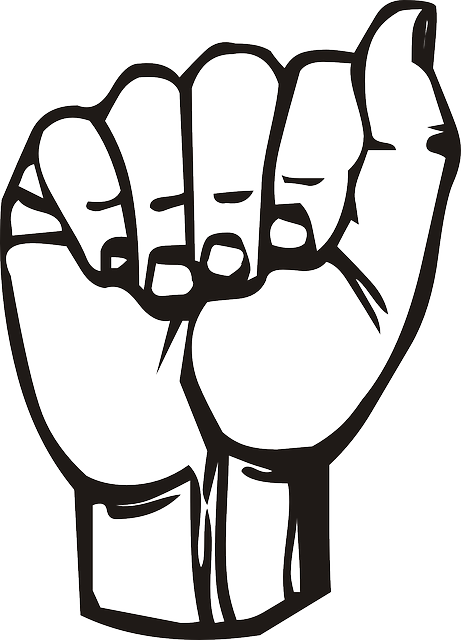 The internet has backed a woman who didn’t tell her boyfriend that she knew American Sign Language (ASL).

In a post on the popular discussion site Reddit, user u/wandering_witch_123 asked: “Am I the a**hole for speaking ASL and not telling my BF I know how to sign?”

American Sign Language—also known as ASL—has been developed for over 300 years. Dating back to 1817, it is today used widely throughout the U.S. with its own vocabulary, grammar, word order, and style that does not necessarily reflect English words.

In the post, which has more than 13,000 upvotes, she explained: “I’m by no means fluent but I took beginner classes in University (I study a people-facing field and figured it would be helpful). I can get by, I know basic conversational signs and things like how to get around places, locations, etc. It’s enough to be helpful but not maintain fluent conversation.”

A stock image of a woman using sign language. The internet has slammed a boyfriend after he was angry that his girlfriend used ASL during a conversation.
humonia/Getty Images


But tension had occurred between the couple when they were at a train station recently. “I had gone to the restroom while my boyfriend waited outside. Before I had gone in, I noticed an elderly couple looking at a map and signing. I didn’t think much of it but when I came back out I could see my boyfriend trying to help them,” she wrote.

The lost and flustered couple were struggling to understand as the boyfriend was not familiar with ASL. When she noticed what was happening, the woman walked up and started signing to let them know she could help.

“They looked relieved and I helped them find their correct route and where they needed to go,” she explained. “After the couple walked away my boyfriend got mad and said I embarrassed him by not telling him I know ASL and interfering when he had it handled.”

After her boyfriend expressed his upset, the woman was confused and explained: “I told him knowing ASL wasn’t a secret, it just never came up—and it wasn’t handled as I could tell he was getting annoyed and the couple was flustered. He says I embarrassed him and showed him up. Am I the a**hole?”

In hundreds of comments, the internet overwhelmingly slammed the boyfriend’s reaction. One comment that had more than 14,000 upvotes said: “The proper reaction is, ‘no way, that’s cool.’ Red flag on your boyfriend’s ‘you’re interfering’ reaction.”